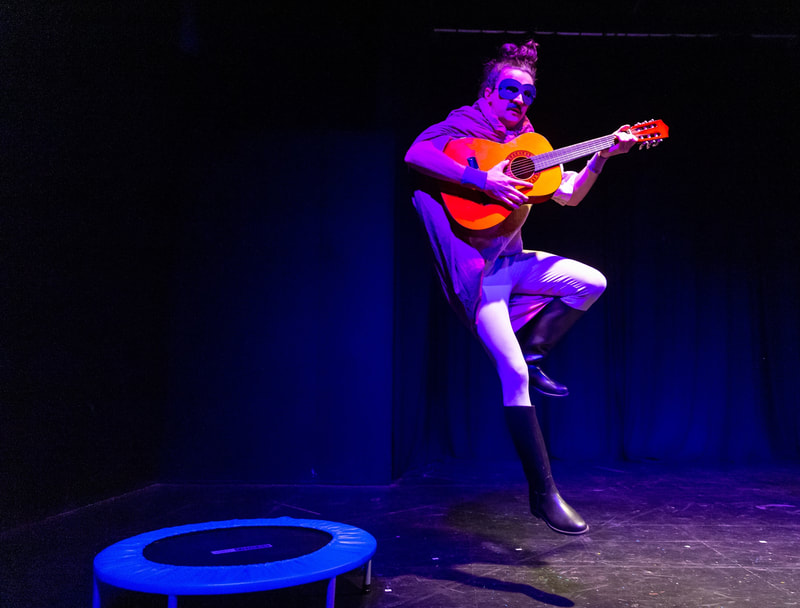 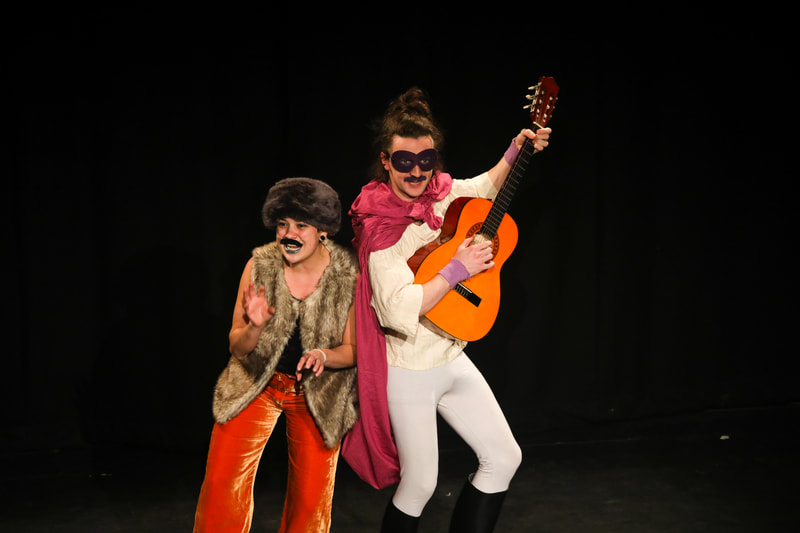 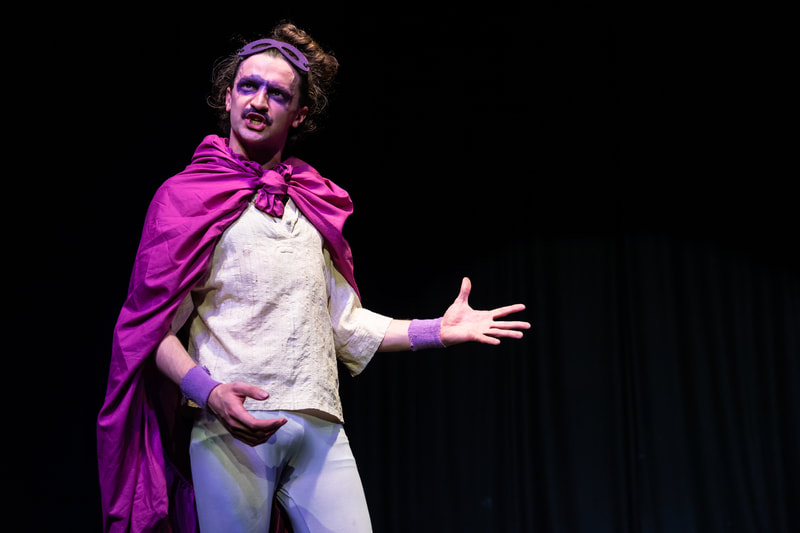 "There lived a certain man in Russia long ago;
He was big and strong, in his eyes a flaming glow.
Most people looked at him with terror and with fear,
But to Moscow chicks he was such a lovely dear."
Injusticia is an ongoing project about idiots, justice, heroes, dramatic music, method actors and tyranny. There's been two versions so far: a solo version and as a duo as part of Baffo & Baffo.
​
​The solo was performed at the Clown Cabaret Scratch Night in November 2018. Pseudo-Zorro entered and re-entered the stage with the help of a mini exercise trampoline, rolling and tumbling around as if in an action movie training montage. He removes his mask, tells the audience the story of his secret society fighting for injustice against the unjust and sings the group anthem.
"He could preach the bible like a preacher
Full of ecstasy and fire,
But he also was the kind of teacher
Women would desire."
Baffo & Baffo is Andrew Simpson and Nicole Febbraio Saetta. We performed a short fragment of scenes and ideas at Surge PITCH at Manipulate Festival in January 2019. The two characters; pseudo-Zorro and pseudo-Stalin enter and re-enter the stage, missing one another and getting confused. They meet properly and sing a very dramatic version of "Rasputin" by Boney M. We aim to create a performance for the street/outdoors.
"Ra-Ra-Rasputin,
Lover of the Russian queen.
There was a cat that really was gone."